When I was participating in the Jingle-group call my question was something like: what is most important for improving your communication with the horse. Jerry answered feel. Jerrys answer started a process in me. One of the problems I do have to face is that I lost my memory almost totally some years ago. I recovered quite fast and good, but still there is some loss of memeorys. Some times it is popping up thing I did know, specially when I meet people and come to talk of that I had forgot.

In this last tele-conference I suddenly connected to knowledge I had forgot. I remebered that I interpret Pats body language like he almost never look straight at the horse. For me it looks like Pat use some kind of awareness to read the horses. Sometimes he also mentiones that he looks in shadows and listen for the sound of the hoof beats.

I do think I've heard Pat refer to looking straight as predator way of looking. It can be me making it all up my memory don't work to stabil as I confessed earlier, but it is still apart of my reasoning so I write it any how, even if I'm not sure.

I do have some problems sometimes when it is other than Pat that show how to do, because he is using his feel, energy, body, eyes and expression in a way the other do occasionally. Even if others quote Pat it is not allways in their bodies, so they speak one thing verbally and an other thing with their bodys, as I understand the films and clips I have seen. I have never met the peoples I have seen on DVD.s, internet and my old VCRs in reality, so my thoughts are not based o reality.

When I was studing drama we did a lot of awareness exercises. Like walk with closed eyes in the room and try to feel were fruits, things and people were. The exercise could be to enter a gymnasium with closed eyes and walk to the orange laying somewhere on the floor and finding it by following your feel of the orange.

This exercises I describe we did our third year. It takes time and praticing on fokus, concentration and feel before. But when we did the exercises they allways worked and we were exhausted in a happy way afterwards. This exercises is good for actors because you have to know were your colleagues are on the stage with out looking.

My horse Manno I started following a level 1 package on VCR and with small pocket guides. In the guide you could read it will take you everything from 30 hours and up to reach level 1, depending how progressiv you would be in your attitude. I had done Seven Games with Manno after watching the Seven Games VCR thousands of times. Many of this times hangin in from the window with Manno on line and playing the same sequance over and over again to try to find out how Pat did. When I started Manno I had attended one weekend clinic level 1 with a German instructor Birger Gisecke. I visit the clinc with an other horse than Manno, he was still a stallion.

Eventhough I had never seen anyone ride without bit and only used to normal dressage and show jumping riding I was so thrilled of the outcome of Parelli I decidied to start Manno the Parelli way I knew of. So Manno and I started out with level 1 and managed everything in addition to trailer loading in 30 hours. I had no trailer.

When I started Manno I only had seen riding Parelli style on the little film in the end of Seven Games VCR and the riding done in the level 1 VCR. Following the steps in the pocket guides was a good way of starting Manno. He became soft and powerfull. But it was difficult to develop when a VCR are your source of knowledge. Than some horrible years passed with severe diseases in family and when the hard times were over I was alone with my two kids and lost memory in pure relief, I do belive. Hard times was over and I collapsed. So I had to start much of my life over gain. Renewal.

And now talking of feel and use of eyes I rember that I could disengage Manno when circling by first look at his eye and than his hind quarter and that he get unsettled when looking at him with out meaning anything. Manno prefer when I use feel to read him. I do belive not using my eyes to understand him makes my energy stay in me and my eyes send the energy where I am looking. On stage it is very important were you are looking, it directs the audiences attention and give directions to the whole experince of the performance.

Then I come to think of status. In theater and drama we often use the term status as something you do. It is not status from material things, it is more the status of leader ship. Rather often informal leader ship. For example a person doing high status is taking the time he or she needs, taking the space she or he needs and do not look to check if other is following hers/his suggestions. Because the high status belive others will be following. A person doing low status is doing things in a rush, moving around with out direction and giving everbody quick glances to see if they will ignore or attac him or her and pay more attention to other than to them self.

Doing this Parelli way of being and playing with horses is pretty much connected to leader ship, as I get it. I have not really formulate my conclusion of enterily yet, but I do hope you can understand my thoughts of leader ship, energy, Parelli, drama, feel and focus any how.

All this toughts and words was tumbling in my head when I went out and played with Manno. Soon he did a couple of disengages from canter just from me looking at his eyes and hind quarter. For now I will stop thinking and go out doing, so I will reach my goal: Filming an audition this coming week.

To the one who have been kind enough to read all these words: thank you.

PS if some one would like to read more concerning high and low status and body language: Keith Johnstones book Impro. It was him starting working with status in that way. DS
Upplagd av Ulrika kl. 12:37 1 kommentar:

The swedish winter darkness is a gift. It will develop my feel for horses. Tack för mörker!
Upplagd av Ulrika kl. 18:10 3 kommentarer: 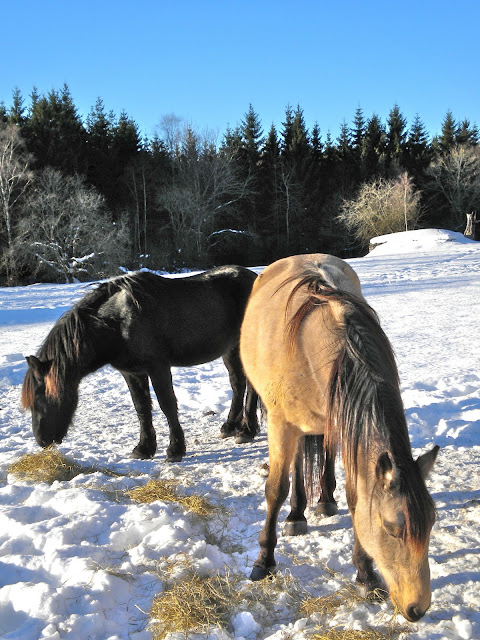 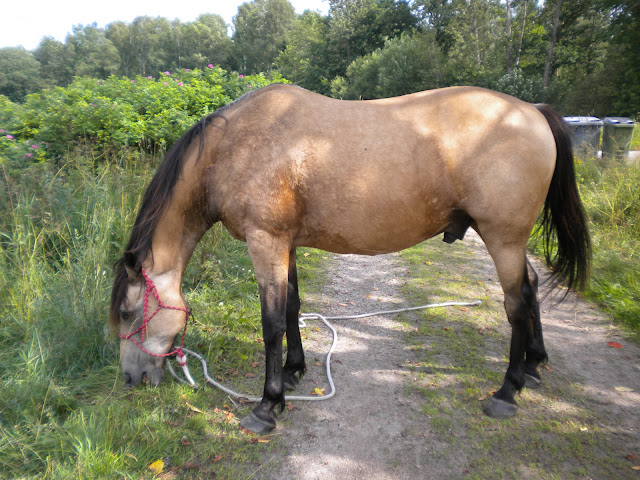 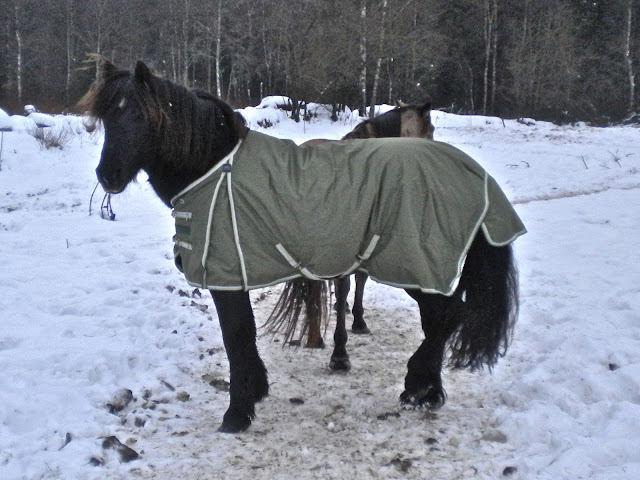 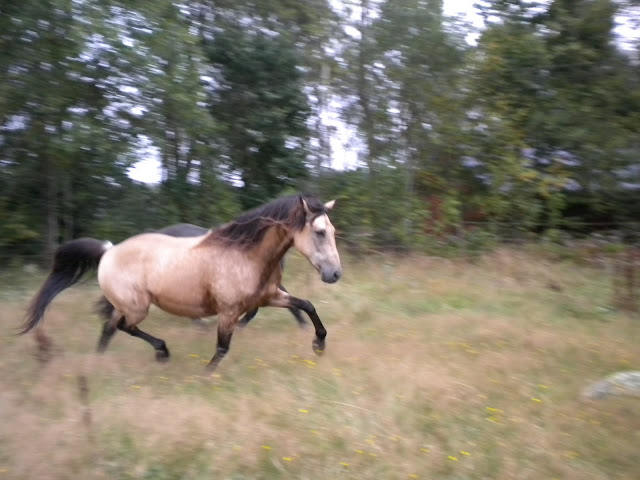 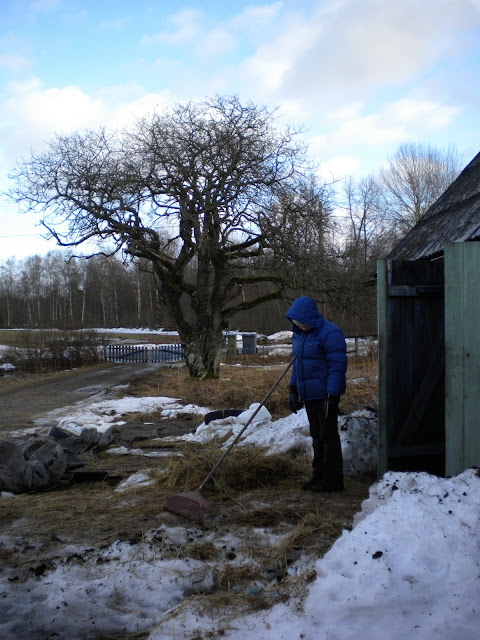 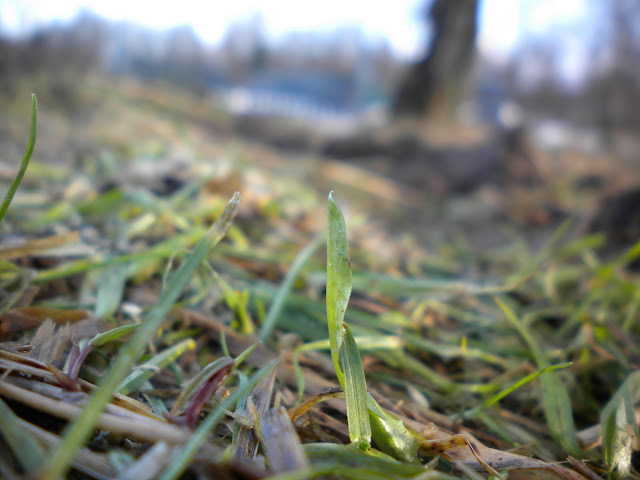 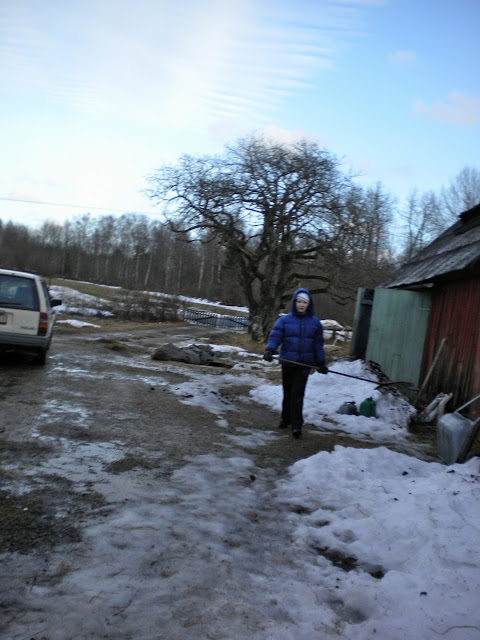 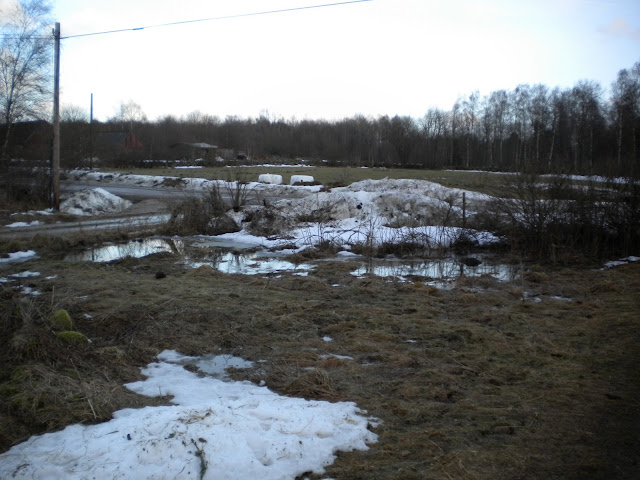 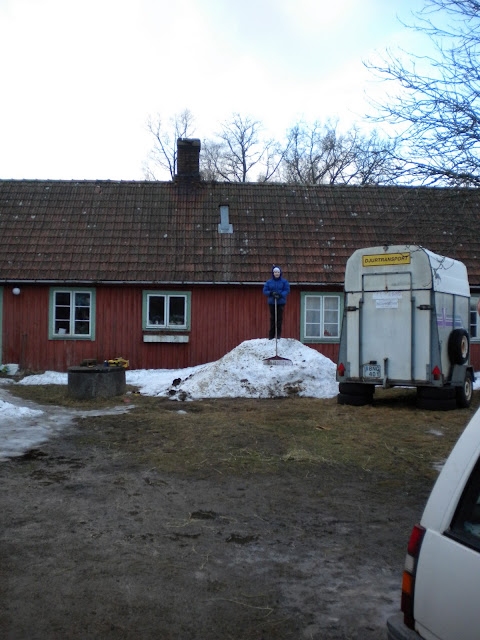 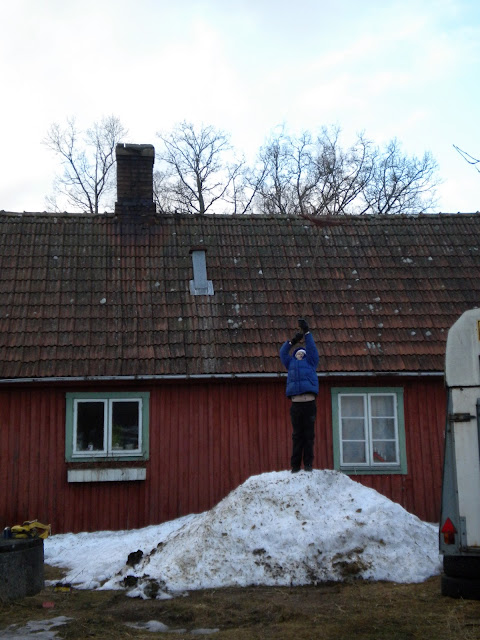 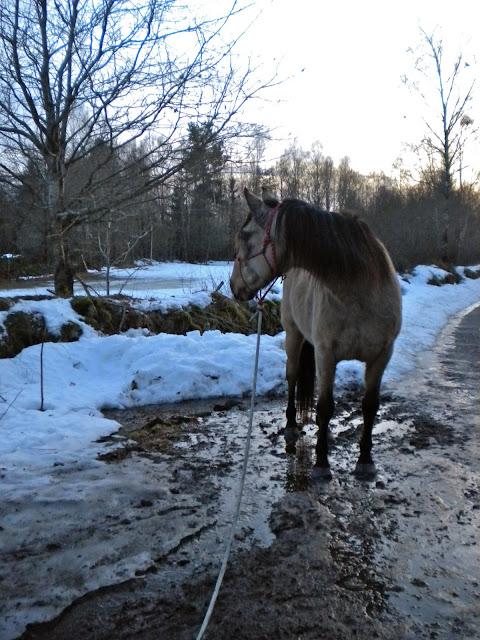 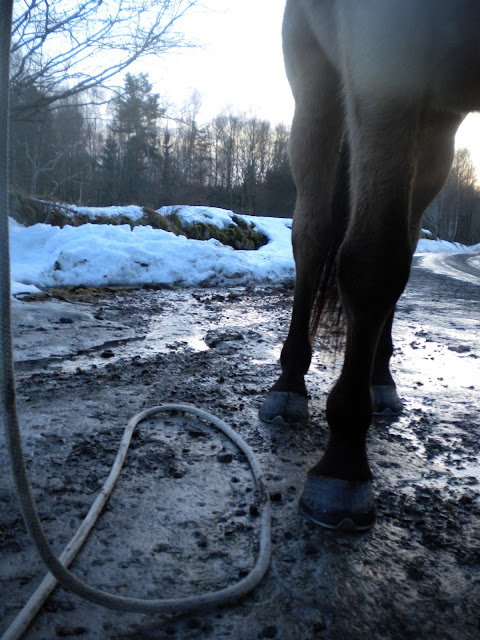 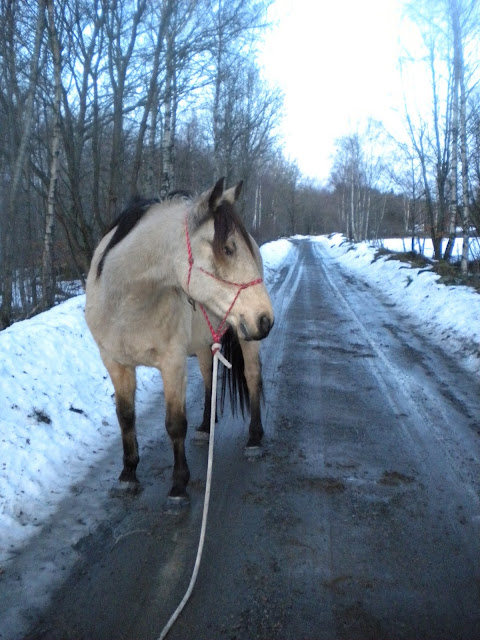 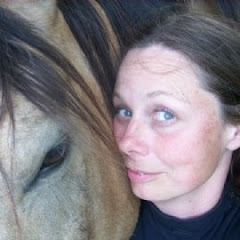